A pretty mundane question, and in the COVID-19 pandemic, often irrelevant. If you can’t go anywhere or do anything, does it really matter what time it is?

Like many others, our family was uprooted temporarily from far-flung locations and unexpectedly thrown back together. But that period eventually morphed into something else entirely, distorting our very notion of time. Just like everyone, we needed to create a new version of normal life, but for us this also required creating our own time zone.

When the pandemic took root in March 2020, it still felt distant at first, both literally and figuratively. I am posted to the U.S. Embassy in Accra, Ghana, where the initial weekly count of positive cases barely broke into double digits, in contrast to the alarming increase of reported cases across the United States. In Africa, COVID-19 was viewed as a mainly foreign problem but recognized as a potential incursion. West Africa has weathered pandemic outbreaks before, most recently with the Ebola virus, so the threat was not merely speculative fear of the unknown. There were some reports of hostility towards expatriates, and a few times on my early morning runs I would hear calls of “COVID, COVID!” trail after me. Overall, however, there was a general sense of resiliency: people just added a potential pandemic to the list of societal threats that are always lurking.

Even though the situation was relatively calm in Ghana, we decided to decamp for the U.S. In addition to my wife and two teenagers living overseas, we also have two older kids who are students, one in Washington state and the other in Utah. When their schools went online, it made sense to bring everyone together rather than having them isolated in a dorm room or imposing on relatives.

We are in fact particularly well-situated to handle an extended period of isolation as a family. Several years ago, we sold our house near Washington DC so we could buy a long-dreamed-of cabin alongside the Cacapon River in rural West Virginia. There seemed no better place to keep to ourselves and still have some freedom to roam the woods and play in the river, no matter what turmoil descended on the world outside. What Virginia is for lovers, West Virginia is for loners! 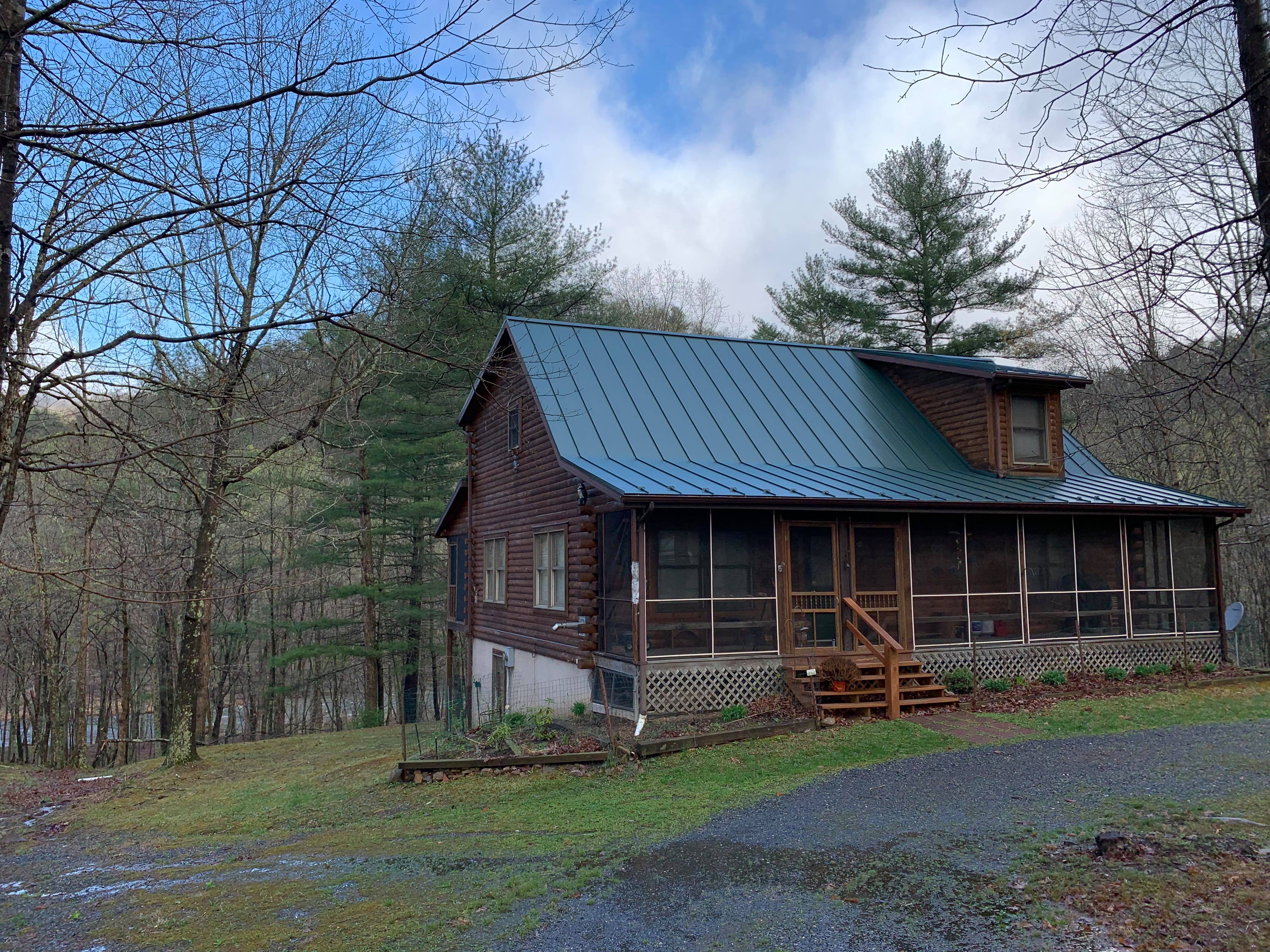 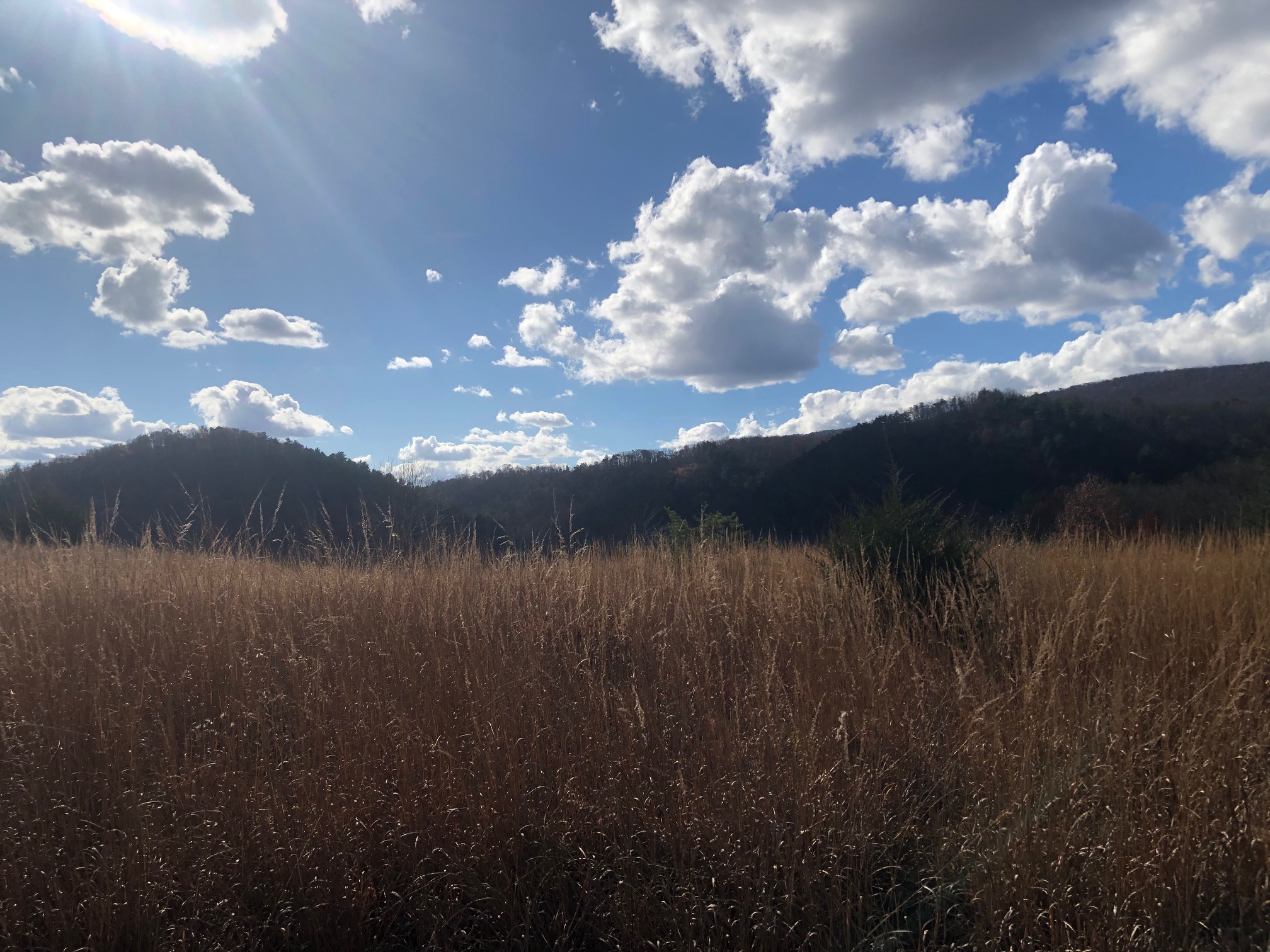 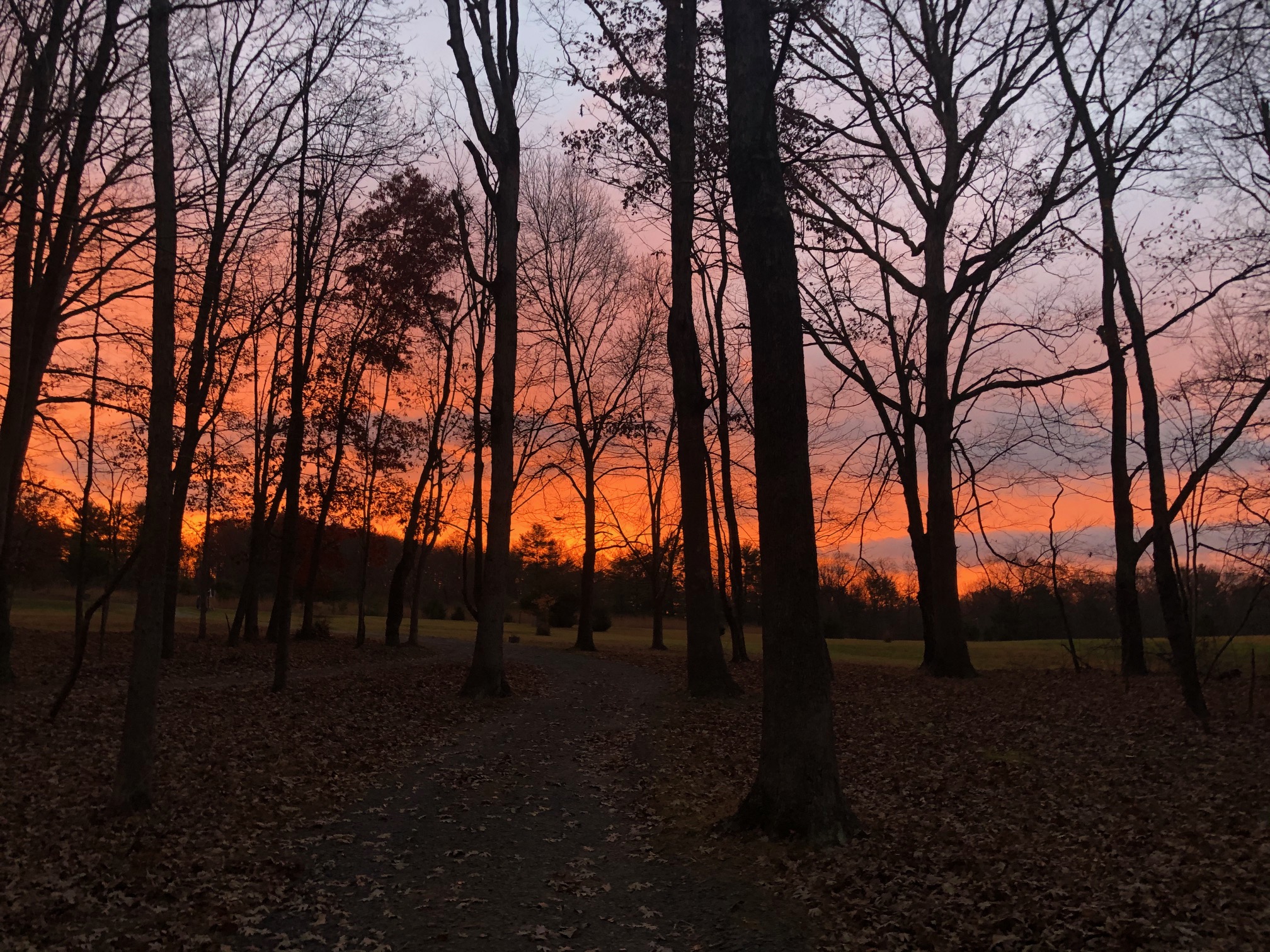 We all settled smoothly into our bucolic cabin bubble, but one tricky wrinkle soon arose. With some family members working and studying based on Ghana time, and others on either Utah or Washington state time, coordination of schedules became a never-ending struggle. How do you plan activities when half the family heads to bed by 8:30 pm in order to wake up at 5:00 am, while others roll out of bed around noon? Should dinner be prepared as a late lunch for some or as a midnight snack for others? We usually ended up splitting the difference and muddled through the end of the school year as best we could. 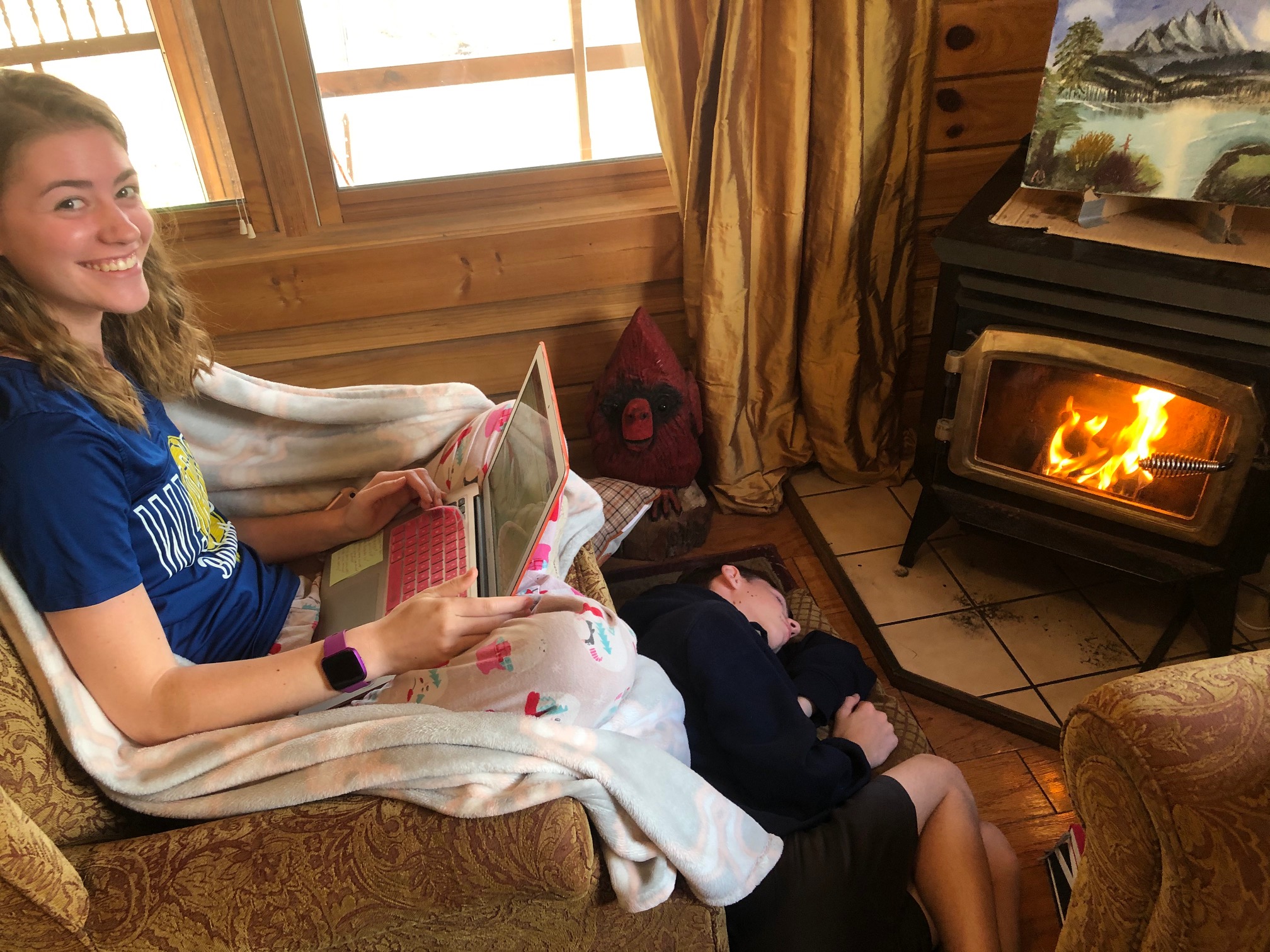 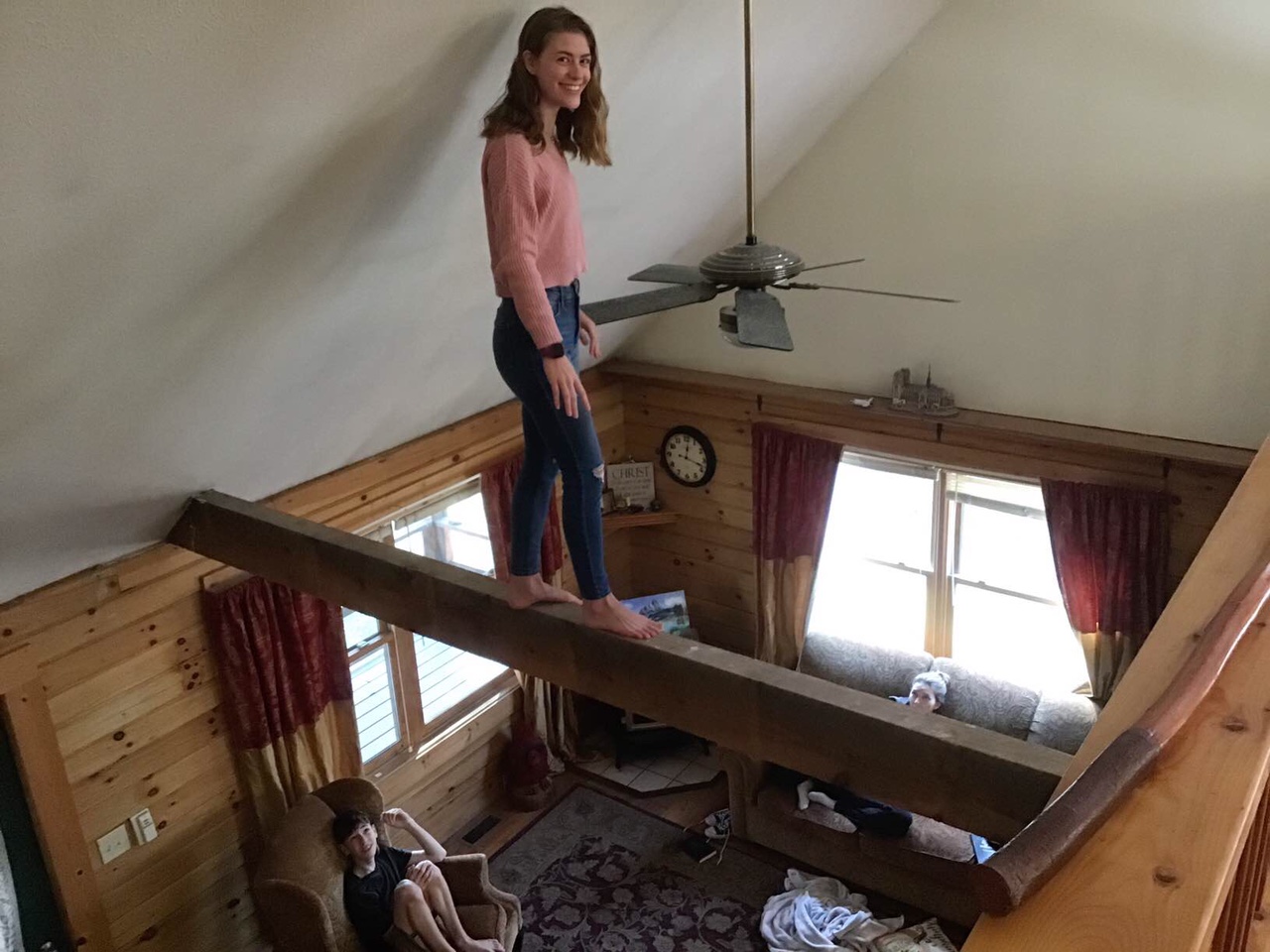 Summer was a welcome break from strict schedules, so those months were priceless “found time” with the entire family until the older kids left in August. But soon another hurdle loomed for those of us who remained at the cabin: the end of Daylight Savings Time.

A daily 4 am wake up call and 7:30 pm bedtime seemed too much to handle. So that’s when my wife Nadine came up with a brilliant plan. Everyone was living in a bubble of more or of less their own design. Why not go a step further?

Instead of falling back on November 1, she suggested springing ahead by one hour. We would create our own time zone between the two worlds we were straddling. Ghana is on Greenwich Mean Time (GMT), the OG of time zones, even more so than Greenwich itself, which adopts daylight savings time for half the year. The time difference between GMT and Eastern Standard Time (EST) grew to five hours, so we settled somewhere in between: our own Family Standard Time (FST), i.e. GMT -3 / EST +2.

We reset all laptops, clocks, watches and phones and held each other to using FST exclusively. According to the default settings, we were now living in either Buenos Aires or Suriname. At first it required mental gymnastics to be sure exactly when a 10 am work call, a 2 pm math test or a 3 pm doctor’s appointment would occur. (7 am FST, 11 am FST and 5 pm FST, respectively.)

And my work calls were not always straightforward. Some were dictated by the needs of headquarters personnel and scheduled based on DC time. Most Zoom meetings were with Accra colleagues based on GMT, but even those could toy with conceptions of regular business hours. Several times I found myself on an early morning Zoom call with similarly groggy colleagues only to discover that all of us were, in fact, working remotely from the U.S. and could have scheduled the meeting at a much more reasonable hour.

Quite quickly, our family adapted to the new normal. What was originally intended as a stopgap measure for the first two weeks of November stretched into December as our plans to return to Ghana ran into numerous delays. It was dark when we woke up at 6 am FST, and it was dark when we went to bed at 9:30 pm FST, so our body clocks adjusted naturally to the winter hours. Our few outside obligations (church, library time, medical appointments) were incorporated into the new schedule with minimal hiccups. It soon just felt right to eat dinner at 6 pm FST, watch a show together and then head to bed shortly thereafter.

Starting so early in the day meant a lot of open time in the afternoons. The change in seasons ruled out kayaking on the river, but there were still wonderful hikes on deserted trails and, less wonderfully, a lot of online gaming for my middle schooler. For each of us, it felt like time well-spent. 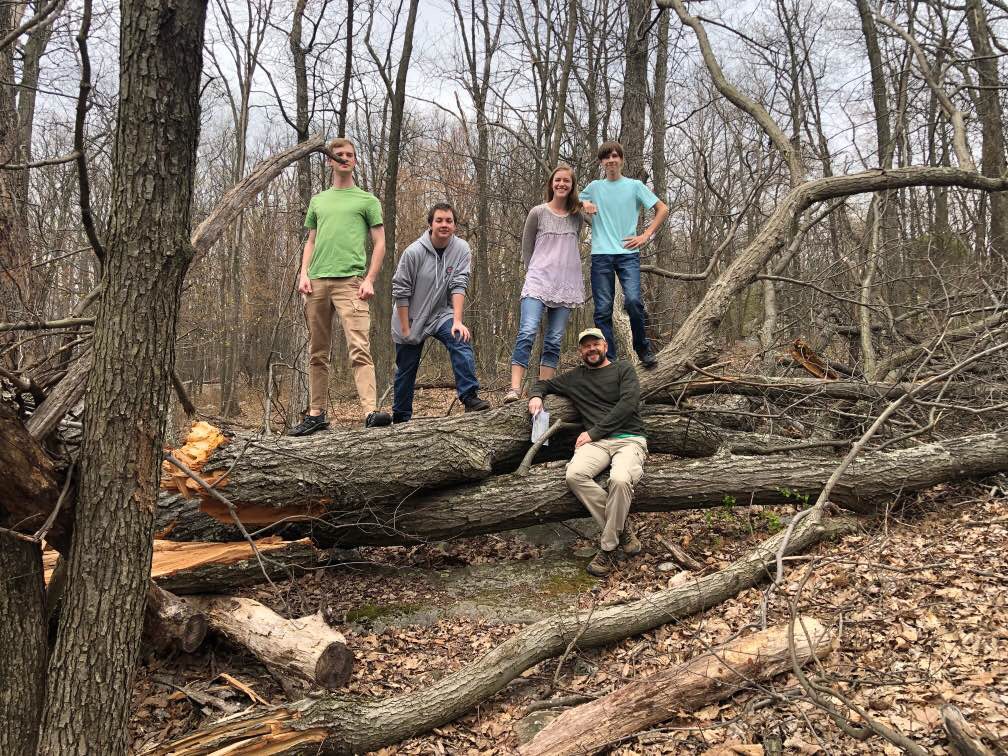 When we did finally return to Ghana shortly before Christmas, it made for a smoother transition than usual. And so our life on FST ended without fanfare but leaving a lasting impression. It was empowering for our family to realize how much control we have over our time. Previously, we had become accustomed to a highly programmed schedule dictating the pace of life. Now, we are happy to reclaim the right to establish our priorities and to ensure that the things we are spending time on reflect our needs and values.

The pandemic is stretching everyone in ways never anticipated, but it is also revealing our capacity to adjust to circumstances. Assumptions about how society and families function are now up for debate and reevaluation. Our family discovered that just about every facet of daily life is negotiable, even time itself.

© 2021 by Warren Leishman. All rights reserved.

Warren Leishman and his family have lived overseas since 2010, where he has worked for USAID in Ethiopia, Jordan, and Ghana with an upcoming move to Germany in the summer of 2021. Originally from Bellingham, Washington, he fancies himself as a man of the woods but his kids see him more as a man of the recliner.