To Switzerland with Love, from the Watchmaker’s Wife

I think I’ve finally figured us out. It took long enough!
Three decades, more or less. I know, I know,
you being the quiet type means I have to go first. And I will.
But only because I’m so in love with you.
How’d THAT happen? you wonder.
Well. Since you asked, first of all,
you have the sexiest watchmakers in the world, but there’s more:

It took some getting used to, but I’ve learned to love the peace and quiet,
that Sundays are sacred -- no matter what your religion;
thank you for insisting that I NOT mow the lawn, or vacuum,
or shop on Sundays, and for teaching me that naps and watching
the grass grow can be forms of communal prayer.

Because you’re the heart of peace processes worldwide
but your citizens can rarely name their president.
You’re neutral but have enough bunkers for the whole country
to hunker down if need be. And those army knives rock.
Because you have the only direct democracy -- and the creamiest
chocolate – on the planet, and even though over half of you
have guns, shootings are far out of the ordinary.

Did I mention that your watchmakers are the hottest?
Everything keeps on ticking, no matter what — right on time
because of your dashing watchmakers. Good thing, too, since you expect
everyone to be right on time ... except for cocktails,
for which you’re always 15 minutes late, exactly, which is only possible
thanks to those clever watchmaking party animals. Right on! Right on!
What I wouldn’t do for a blissful kiss from a Swiss Watchmaker!
God, they crack me up. Now, where was I?

Because you’re tolerant and inclusive, even though one in four
of your residents is foreign — including me and mine, once upon a time.
Because, although you didn’t need me to teach you French,
you asked me to teach you English and taught me how to do it well.
Because I love teaching you English. And thank you for tolerating my French.

You, somehow, manage to communicate despite
having four languages; perhaps that’s because you demand respect
from everybody, and for everybody. You even expect the world to know
that CH* stands for Switzerland and that S is for some other country.

You have multicolored carpets of Alpine flowers up there, beneath snowy peaks,
palm trees down here, on the Montreux Riviera, and watchmakers in both
who get me going — keep me going —my time would stop without them.

You’re a 5-star country, Switzerland. I get you, I dig you, and am forever
grateful to you for my personal Swiss watchmaker, who learned from you
how to create gloriousness out of each precious beating minute of our lives
we’ve created within you, and who still really knows
how to     make     me     tick.

With love from the watchmaker’s wife,

*CH, the abbreviation for Switzerland, stands for Confoederatio Helvetica

© 2019 by Elizabeth Boquet. All rights reserved.

Author’s Note:On July 22, 1989, it all made perfect sense. After ten years of battling French (more on that here), I’d finally won the war. With a fresh MA (French) from Middlebury College in Paris, I was on an island in Maine, USA, marrying a Belgian French-speaking Swiss-trained watchmaker whom I’d met in Spain two years earlier. As one does.

By August that year, I was a happy bride living and job-hunting, in Bienne/Biel, Switzerland – known as a bi-lingual (French-German) city. Only, my neighbors didn’t speak a word of French. Or English. Neither did the laundry machine repairman, or the plumber, or most people I encountered. I found myself illiterate, once again. Oh, and that hard-earned diploma? Well. In the USA, it, coupled with a secondary teaching certificate from the fine State of Maryland, got you a job teaching French in a snap. For some reason, however, the Swiss didn’t seem keen on having one of their national languages taught with my personal twist – an American accent.

To make a 30-year-long story even longer, the Swiss are known to take time to appreciate – and, fair enough, it can take some time for the Swiss to embrace others. In my case, it took about 30 years but, somewhere along the way, my husband and I grew to appreciate Switzerland and its quirky ways – so much so that we wanted to become a part of it. Fortunately for us, the feeling was mutual and the Swiss kindly accepted my husband and me into the fold. With whopping gratitude for the all paths and people who lead me to Switzerland – and kept me there, I dedicate this poem to my personal watchmaker, Jean-François Boquet. 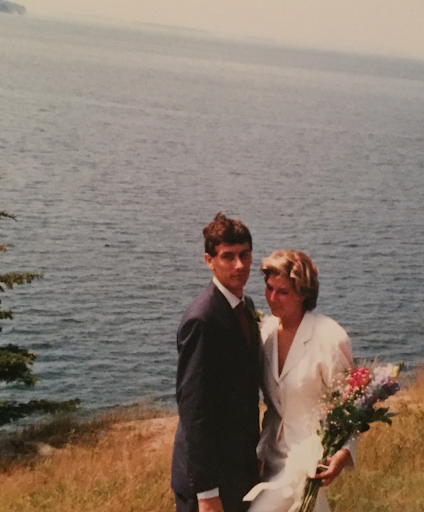 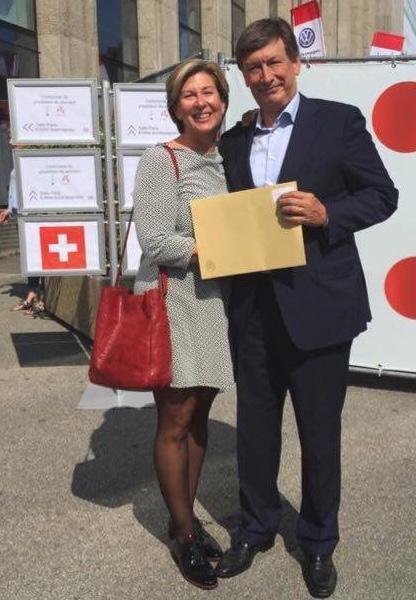