When you read this, I’ll be at Arisugawa Park with Kenny. He says, “How many presents Mommy bring? I give hug Mommy. Is it big presents?” If you’re not too tired, you can find us near the jungle gym (of course). Otherwise, we’ll be home by four.

Anyway, welcome back! I’m glad your boss took you along and hope it was a valuable experience. And I hope you got some good Chinese food. (Andy says Hong Kong’s better and cheaper than Yokohama Chinatown.)

I turn to an important matter: The stress we’ve both been suffering due to so many rapid changes in our lives. A strong marriage requires confronting issues directly. Since – as you know – I’m not good at talking about my feelings, I’m setting down here what I need to say. You may respond when you’re ready. Meanwhile, let’s enjoy the rest of the weekend as a happy family.

First, I deeply appreciate all your effort in getting us through a difficult transition. I know you only agreed to come to Japan to help my career. With a new baby, you worried about being so far from your mother. But you did it for me. 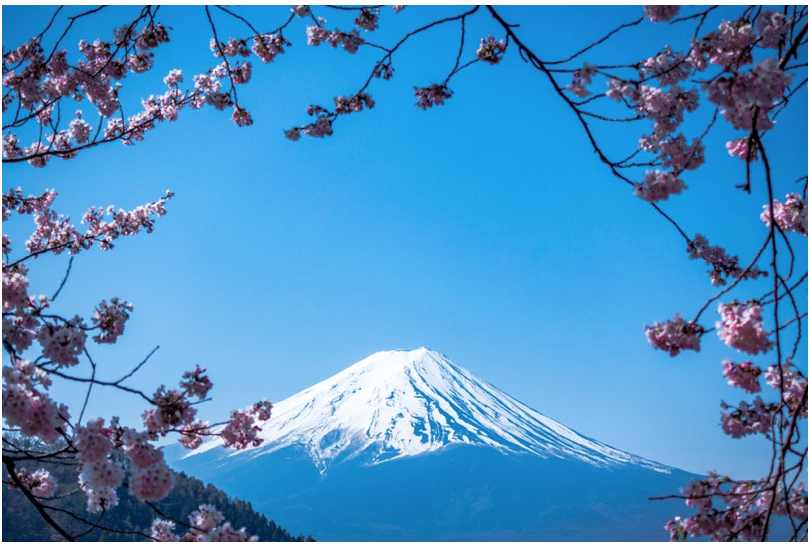 Then, within a year, disaster struck and I’m out of work. No salary. No ex-pat apartment. No benefits. The economy was so hot, who could have predicted the “bursting of the bubble”? But maybe I should have had a back-up plan.

Anyway, you pulled us through. You supported me emotionally, and then you got the job. It was tough times, but they hired you because you’re good at what you do and everyone likes you.

So I thank you, from the bottom of my heart, for your support through thick and thin. Like me, you take our wedding vows seriously.

Second, you continued supporting me when I joined up with Andy and Junji to create a new dream. I’m working like a dog to build that dream into reality. The timing is right. Internet commerce is wide open – and it suits me better than working in a bank. Nobody in Japan is doing anything like us. Heck, they’re not doing much at all.

I thank you for agreeing to stay and support my dream. I promise to make it a success. Then, if you want and for as long as you want, you can be a full-time wife and mother again.

Third, I never expected to be a stay-at-home dad. My father didn’t do it and I wasn’t raised for it. Frankly, it’s embarrassing.

And not easy! Kenny is a real handful. And when I’m not taking care of him or doing chores, I’m flying full throttle towards my new dream. Also, my poor Japanese makes it harder, especially now that we can’t afford to live in a neighbourhood with other foreigners and English-speaking shop clerks etc.

I’ve given up the gym and given up going out drinking. I’ve given up everything except my family and my dream. But I’m not complaining. Not one bit.

I just want you to understand: I am doing my best. 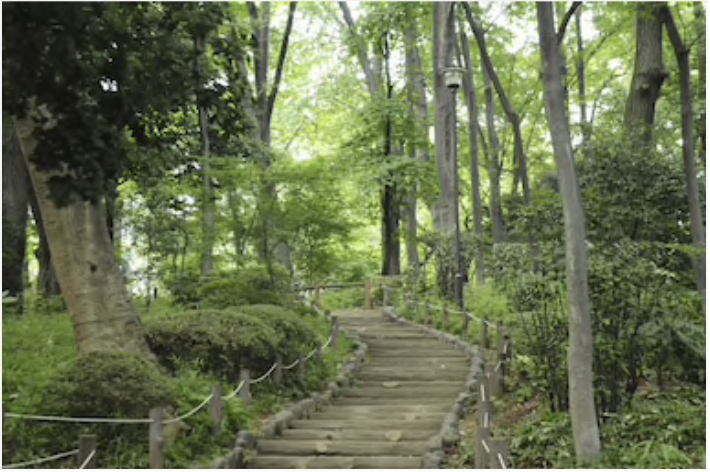 Fourth, you need to stop worrying about your weight. You didn’t lose all the extra weight from your pregnancy. So what? Then you start comparing yourself to Japanese women. Well guess what? They are too skinny.

To me, you’re as beautiful as on our wedding day. Isn’t that enough?

When you worry about your weight, it affects our relationship. You know exactly what I’m talking about. This is a huge source of my stress. Stop worrying and let nature take its course. We’ll both be more relaxed.

Fifth, as you know, Kenny needs to play with kids his own age. He needs friends in the neighbourhood. They may become his classmates in a couple of years. I don’t know exactly when my new business will take off, so we may not be able to afford the fees for international school right away. Also, if Kenny plays with the local kids he’ll learn Japanese quickly.

Again, as you know, there’s exactly one little park within walking distance. I can take Kenny to Arisugawa Park sometimes, to play in English with other foreign kids. But it’s not convenient and not for every day.

Kenny needs to run around and play every day. The best place is our neighbourhood park.

At that park, there’s a group of fifteen to twenty Japanese mothers who take it over four days a week from 09:30 to 15:00. They are organized. One is the leader and another her assistant.

When I say “take over,” I mean that each weekday except Wednesday every spot on every park bench is covered either by one of these women’s scrawny butts or by a purse or shopping bag or kid’s knapsack. I mean that their kids monopolize the slide, carousel, swings and jungle gym. I mean that the mothers stand around each piece of play equipment and make their kids line up and take turns – only their kids.

All day they never let up. They bring bento boxes for lunch.

Well, I tried telling Kenny just to play – and he isn’t shy. But the mothers basically forced their kids to ignore him. Kenny would slip into the lines and get a turn on the swings etc., but it’s not fun when he can’t interact with the other kids. He felt very bad. I felt very bad.

Therefore, I asked to join the group. What else was I going to do?

I’m the only father, and my Japanese isn’t good. So it was extremely awkward. But some of the mothers seem to like the idea of their kid playing with an American kid. They think it’s kakko ii – it looks cool. Some mothers even seem to think that if Kenny plays in Japanese with their child, he/she will spontaneously start speaking English, which is even more kakko ii. And they probably think it will help their kid someday pass the entrance exam at a good university. 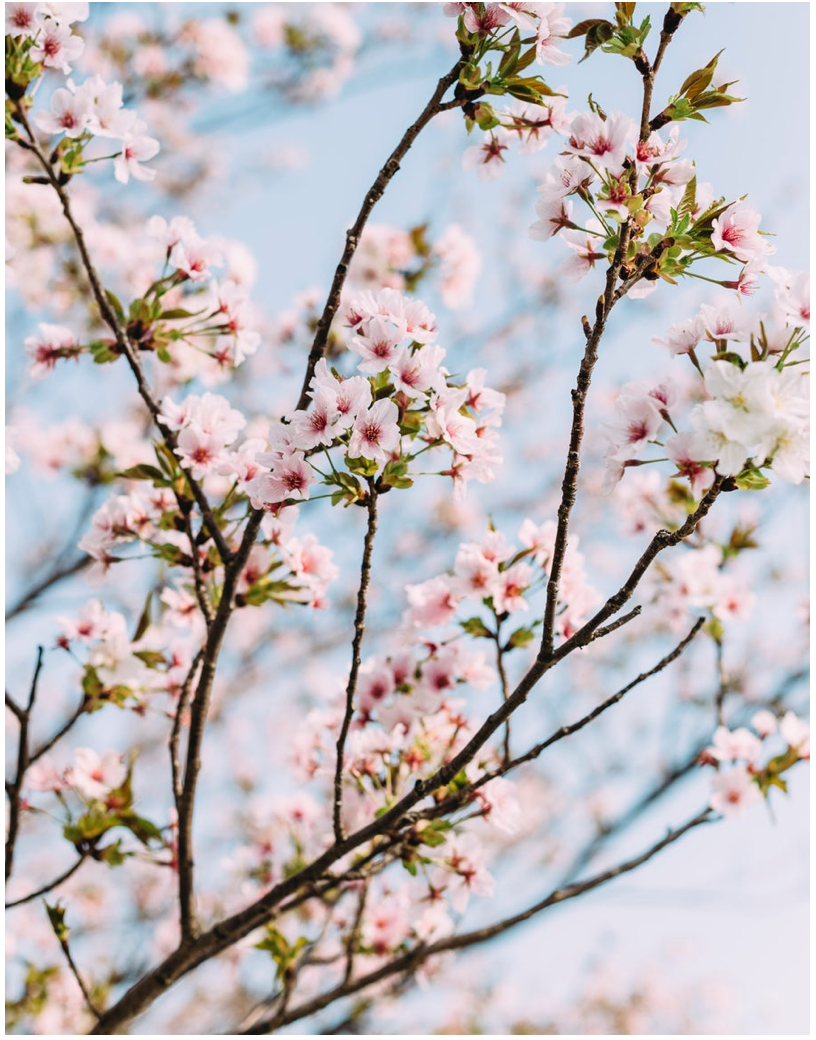 So I’m now part of the group and Kenny gets to play. My only special role is to be a foreigner – a gaijin.

Why is this so hard for you to believe? Just because it’s completely stupid? The world is filled with stupidity. During university I worked part-time at the post office. I was a government employee. I know stupidity. It exists.

Sixth, while Kenny is playing, I sit on a bench and watch, or maybe read the newspaper. Sometimes I chat with the mothers. Some try to speak English, though few ever succeed. But I just sit there and act sociable. It’s embarrassing to be a house-husband, but I do my best. For the sake of our family.

Then, last week, you suddenly complain I spend my days with Japanese women. You say they like foreign men. You say they’re all thinner than you. You say I’m probably having an affair. Maybe more than one. You say that while you’re slaving away at the office, I’m dallying with other women.

This becomes your excuse to sleep on the extreme far side of the bed and put the extra pillow between us. Night after night. As if that pillow makes a difference. Even before all this, you were avoiding me in bed.

Then you fly off to Hong Kong with your boss. You and him there. Me and Kenny here.

Should I trust you? You, who always want to be thinner and “more attractive.” Attractive to whom? You’re already attractive to me. So who, then? Your boss who you went away with for two nights to a hotel?

Cindy, I could think that way. But I don’t. After all these years, I trust you. Why don’t you trust me? Is it just an excuse to avoid me in bed? Are you lying to me about something? Or are you lying to yourself?

All I know is that you suddenly accuse me of infidelity. No reason. No evidence. Just accusation.

I have said what I needed to say. I shall try to be patient for your response.

Your loving and innocent husband

Mark Halpern has lived since 1993 in Tokyo, where he runs his own law firm and writes stories about foreigners in Japan. He was born in America, grew up mostly in Canada, and has also spent much time in the UK and France. As for Japan, Mark has, like some of his stories' characters, found a way to be both an outsider and an insider.