I’m thinking of giving up. It would be a kindness to myself; I’ve been trying to master French for 40 years now. But how do you give up a foreign language when you live in one of its foreign lands, like Lausanne, Switzerland? And your family, friends and neighbors speak that way to you ? not to mention your dentist, plumber, mechanic, mailman, kids’ teachers …? Maybe I could go on strike for a day: just stay home and Skype English-speaking friends, read untranslatable poetry, binge-watch American series and take a stand with those telemarketers. I’m sorry? What’s that? I. Cannot. Un-der-stand. Yooo-uuu!

It all started in earnest in 1979, at the Northfield Mount Hermon School, which offered a term abroad in Arcachon, France. The program required the completion of French III which, in my 16-year-old mind, meant three years of French. Even though I was only in French II, I figured that the five years it took me to get there (counting middle school) would surely balance things out, and I applied. And I was rejected. 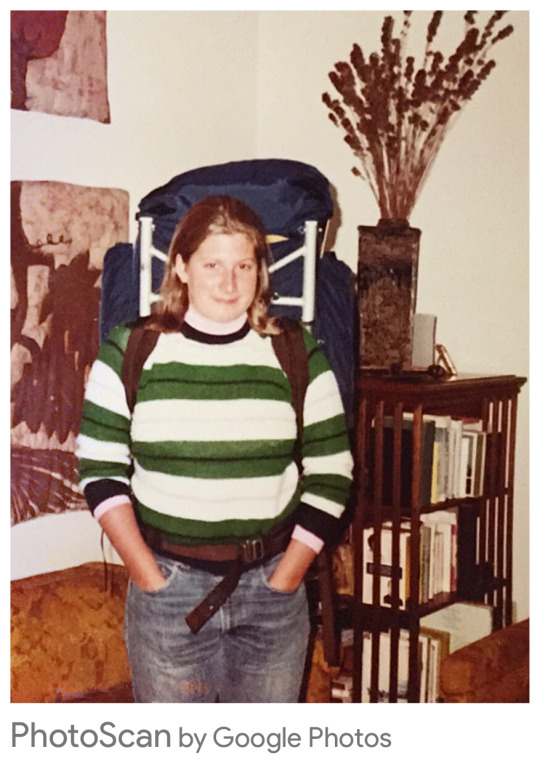 At the last minute, some better-French-speaking student dropped out of the program for reasons I never bothered to explore; unless sudden death was involved, the idea of turning down a trip to France was unfathomable to me. I was in! I was going to France! I was going to live with a real French famille in a maison ? just like in my textbook ? with a cuisine and a salon and a salle de bains, and go to a lycée with étudiants in a country full of amour! Not to mention, it was legal to drink vin there and one of my best friends, Joanne, was going, too. PLUS this meant I didn’t have to take chemistry. Vive la France!

We flew from Boston to Luxembourg and, after a series of trains, arrived in Arcachon. My French father, Monsieur Carrière, was waiting for me at the gare in his Citroën Déesse (DS).

I would write his response but I have no idea what he said. Whatever it was, it sounded lovely and he was smiling under his bushy moustache. He put my bags in the car, chatting all the while, and started the engine as I stood smiling and nodding. I reached to open the door and the car levitated. Yes, it levitated. And I froze. A never-never list unfurled in my brain: I’d never seen a car that looked anything like a DS – much less one that levitated, and I had never imagined jumping into such a strange vehicle with a strange man saying strange words in a strange land. It was, well, very strange!

Monsieur reached across, rolled down the passenger’s window and waved me in. Vous avez faim?

Ohmygoodness. I’ve got this. I understand him! Yessssss! I’ve got this! I can speak! And I’m hungry. I got in the car.

I would write his response here but I have no idea what he said. It was cheerful enough to make me relax, however, and we arrived à la maison which held his wife, Madame Carrière, and his three daughters, Flo-Flo (Florence), Co-Co (Corine) and Mi-Mi (Miriam). Flo-Flo showed me the cuisine and the salon and took me upstairs, to my chambre with a little sink in it. I’d never seen a sink in a bedroom, so I pointed and asked,

I would write Flo-Flo’s response but she laughed way too hard for me to be able to understand what she said. She motioned for me to wash my hands. So, I washed my hands. She watched. We looked at each other in silence for a moment.

Among many words, Flo-Flo motioned me to follow her. I did understand one word - manger [eat] ? but she kindly mimed it anyway. Flo-Flo was on to me. Maybe they all knew I was only a French II graduate? We headed downstairs to the salle à manger where the others were seated before lovely plates of thinly sliced tomatoes arranged just so, and all sorts of fresh looking salads. Bon appétit! 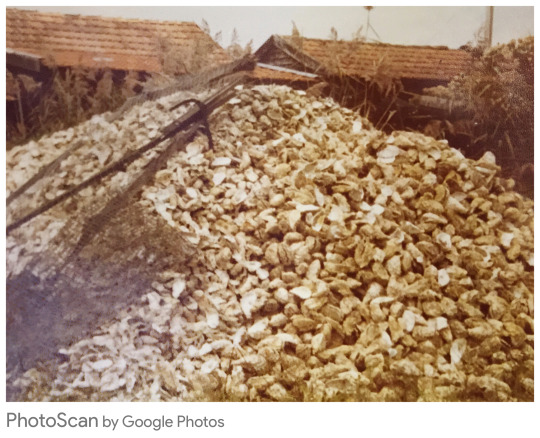 Pile of oyster shells in the French host family’s village

I would tell you what Madame said to welcome me through that sweet smile of hers but I have no idea. Whatever it was, she said it so slowly it reminded me of when I used to play with the speed on my tape recorder. Monsieur stopped her by waving, turned to me, and I’d tell you what he said but I have no idea. In my silence, I crafted a sentence to express my delight at the delicious food in front of me and my gratitude for their warm welcome. I aimed to explain how, after more than 24 hours of train and airplane food full of preservatives, it was a real treat to sit down to a fresh homemade meal with such a kind and welcoming family. I managed,

Translation: “I eat too much condoms. It’s good fresh with nice people. Thank you. Thank you very much…”

And here I sit, 40 years later, with an MA in French from Middlebury College, having spent the last 21 years living in French-speaking Switzerland, ready to wave a white flag. I can read anything in French, and my writing is fine. If you give me blanks to fill in, my grammar is top notch. But as soon as I open my mouth, I’m pegged. Where does that charming accent come from? And I can even live with my obvious accent. What I can no longer take is my persistent and spectacular failure to apply the correct vocabulary spontaneously. A recent example:

I know perfectly well, for example, that many nouns are formed by adding –ment and –age to verbs: To change / a change = changer -> un changement To pass / a passage = passer -> un passage

My car needed a really good scrub. Off I went to the local car wash to have it deep cleaned. Let me tell you something: It does not take a master’s degree in French to accomplish this. Au contraire. I know that “deep” involves the word profond and “to clean” is some form of laver. I know these things. I don’t think about them. I just speak. With good grammar.

Translation: “Hello, Sir. I’d like an enema – a deep one, done properly, please!”

I’m thinking of asking Middlebury for a refund.

I know I’m not the only one to struggle with mastering French. Such mistakes are understandable for someone who has just moved to a French-speaking country, such as myself back in 1979, or such as a man I’ll call Earnest Eric.

I call this person Earnest Eric because a) I don’t know his full name, as we only met in passing at the salon of my esthetician, Marisabelle, in Lausanne. And b) because of the way he thanked the salon’s owner, Marisa, who does not speak English, so earnestly and profusely in the most elegant British accent I’d ever heard used in French.

Once I was all set up for a wax with Marisa, she confided that Earnest Eric had recently moved himself, and his lovely hot-potato-in-the-mouth British accent, to Lausanne on a generous package which afforded him a home with a yard. For him, no home could be considered complete without a dog. A properly trained dog. Not knowing how dogs were trained in Switzerland, Eric figured he’d get a puppy and train the dog himself. Any race would do. His only requirement was that the puppy be female.

He had prepared his call to the local animal shelter by reviewing a few key words and polite phrases. Dog = le chien. Female = femelle. Would you have = Auriez-vous He remembered, vaguely, that some words for animals change completely, depending on the age and the sex of the animal. He googled a chart that looked something like this:

It was disconcerting that only the masculine, un chiot, was given for puppy, since he really wanted a female puppy. If he were to say,

the person answering the phone would have no way of knowing that the puppy had to be female. Eric googled some more and found a chart somewhat like this:

How to make a word ending in -ot feminine

At this point in the story, I was to remain, shall we say, splayed. Marisa smeared hot wax on me and told me not to move as the wax hardened. On she went, imitating Eric’s accent, 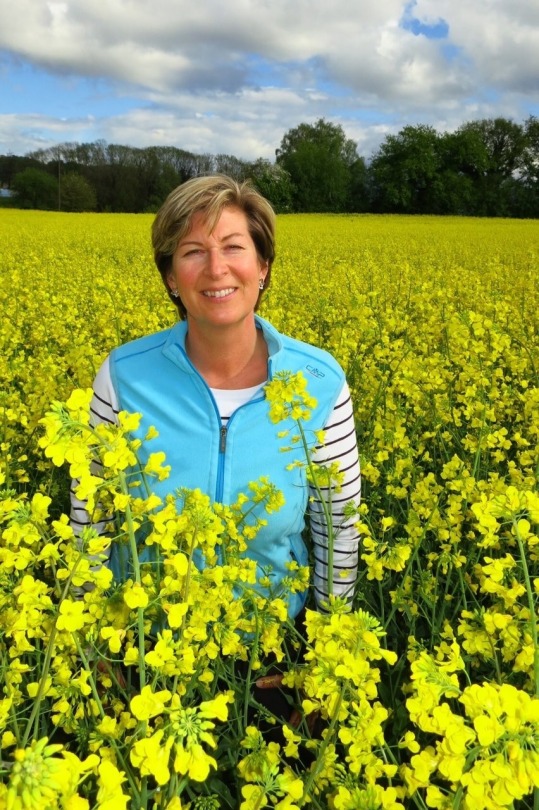 Aha! I get it! ‘un chien’ must become ‘une chiotte’! our Earnest Eric said to himself. He duly corrected his question and called the animal shelter.

Translation: “Hello Madam. Would you happen to have a shithole available, please?”

I tried to keep it together and not to move. Really, I did. But this sent me into a laughing fit so severe that I became unsplayed ? meaning I crossed my legs on reflex. In fact, the only thing that held together was the wax. Hard and fast.

Come to think of it, maybe I should stick with the French and give up waxing.

©2018 by Elizabeth Boquet. All rights reserved.

Elizabeth Hornor Boquet is a writer and teacher who immigrated from China to Switzerland in 1996 where she remains with her husband, a watchmaker, two grown children and their golden retriever. Her writing has appeared in various literary journals, magazines and newspapers. She founded and chairs The Pernessy Poets in Lausanne and serves on the steering committee of the Geneva Writers’ Group Conferences. For more of her writing, visit https://elizabethboquet.com