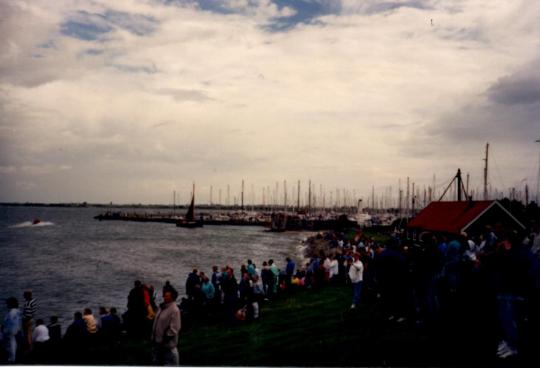 Like a bird looking for a perch, Carol scanned the bus for a seat. Some of the faces she recognized from a welcome tea at The American Women’s Club of The Hague, but most of the names jumbled together. For a brief panicked moment, she wished she had stayed home, not just in their apartment here in The Hague, but all the way home back in the States where she could have continued her work on the Dukakis campaign.

She drew a deep breath and plunged down the bus aisle. Ingmar, a Danish woman married to an American, sat alone. Carol liked Ingmar’s way with scarves and the slight emotional distance she maintained with everyone. Not as if she had something to hide, but as if she already had everything she wanted. Carol stood in the aisle of Ingmar’s row. “Is it okay if I sit here?” she asked.

“Of course,” said Ingmar, and took her handbag off the extra seat. It didn’t hurt that she had that great accent working for her, either.

Ingmar gave her a warm smile and then resumed watching the activity out the window.

The bus sat, motor running, loading members of the AWC for a day trip to Hindeloopen. When Carol and her husband arrived in The Netherlands for his temporary teaching assignment at the American School, Carol had been told to join the AWC even if clubs didn’t usually interest her. Important information, like how to get absentee ballots for the upcoming election was funneled through the club.

In the seat in front of Carol and Ingmar, two women Carol had met at the tea sat together. The one on the left, Kathy she remembered now, was drop-dead gorgeous with hair that reached her waist and a face that would rival Cindy Crawford. She turned around to Carol and said hi and asked if she remembered her. Without waiting for Carol’s answer, Kathy hurried on. “We could still use your help as a school volunteer. Did you think about it?” she asked, flashing a smile that Carol found hard to resist.

Kathy caught her hesitancy and smiled, “No pressure.”

Carol said, “Thank you for asking, but I would be terrified.”

Gail, the quieter woman with Kathy, said, “It’s not for everybody.”

Then Kathy, whom Carol started thinking of as Chatty Kathy for her ability to jump from subject to subject without pause, asked Ingmar, “Are you going on the ski trip this year?”

“Probably.” Politely, Ingmar turned to Carol to explain. “The AWC takes a family ski trip to Disentis every winter break. Maybe that’s something you’d like.”

Carol’s insides shriveled. Skiing. Something else that terrified her. Maybe she wasn’t cut out for glamorous expat life. “I can’t ski.”

Gail chimed in, “They give lessons. Last year was my first year. Kathy and Ingmar are Black Diamond skiers.” Carol pictured Kathy flying down the slopes, her long hair flying out behind her like a banner, Ingmar close on her heels in a designer ski suit. Gail continued, “I’m Bunny Slope. I’m terrible. I thought I might try cross country this year. It’s not so scary. You go through little Alpine villages and fields of cows wearing bells. It’s magical.”

Carol’s stomach unshriveled. “Oh, I think I could do that.” The Alps. Wonder took over. I went skiing in the Alps, she’d tell people when she got back to the States. In Disentis. She resolved to find Disentis on the map when she got home tonight.

The hulking tour bus headed north out of The Hague, and Carol’s thoughts turned away to the cows out the window. When a tunnel drew the bus into darkness, Carol blinked and held her breath until the driver switched on the headlights, and then she breathed freely again. When the bus emerged from the tunnel’s embrace, the daylight made Carol squint. She smiled at the sign that greeted drivers on this end:

Think about your lights. Such a polite sign. Not, turn off your lights – that would be bossy – but just think about them. Philosophical enough to appeal to people.

Carol had recognized Ingmar because she had seen her checking out books in the AWC’s English language library. If she never made any new friends the whole year long, at least she would catch up on her reading.

In Ingmar’s tweed-suited lap laid a copy of Pet Sematary.

Carol said, “I haven’t read that one yet. Is it good?” She pointed to Stephen King’s latest.

“I’m reading it for book club, but I would have read it, anyway.” Ingmar said, as if she was admitting she robbed banks. Then she gave Carol a rueful smile.

A Grimm’s fairy tale had nothing on Hindeloopen. Its decorative painting, the main industry, positively smothered the tiny village next to the cold and threatening sea. Shutters, front doors, even entire shops were scrolled, flowered, and butterflied.

When the bus parked, Carol and Ingmar descended the steps into a rare moment of Dutch sunlight. As quickly as the sun appeared, it rushed again behind the low cloud ceiling, and again, only the painted designs brightened the village.

The American women separated into clusters of two or three. To Carol’s pleasure, Ingmar waited for her. Cathy and Gail moved on together.

“Are you shopping for anything?” Ingmar wanted to know.

“No, just waiting for something to tempt me.”

They strolled in and out of the shops, the merchandise within each shop interchangeable with the one before and the one after. When a small square black table, trimmed in red, caught Ingmar’s eye, she stopped to study it. “Pretty, ja?”

Carol nodded. “Very. Are you going to buy it?”

“We’ll work something out.” So Ingmar bought it, and the two women left the shop with the table linking them.

Ingmar announced, “Now we must find something for you.”

Ingmar’s remark made Carol smile inside. She liked being taken in hand by this sophisticated woman, singled out for her attention. “Okay,” Carol said. 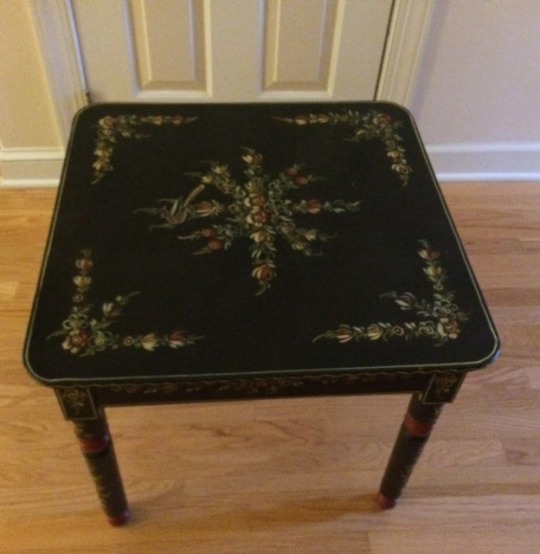 In the next shop, Ingmar picked up painted pieces and studied them as if they would reveal some secret to her. Her process inwardly amused Carol, but she went along with a straight face, enjoying the attention.

After rejecting several items, Ingmar announced, “Yes, this.” She held up a small lamp, which did indeed please Carol.

“I love it,” Carol said. She took it from Ingmar and examined it, clutching it close. It was the color of wheat trimmed in blue and green. “It’s charming.”

It was starting to grow dark in the short days of November in Holland. The bus drove back with its lights on. Carol put her head against the headrest, and sooner than she expected the bus lights reflected off the sides of the tunnel near The Hague.

The bus emerged from the tunnel, and Carol again noticed the sign.

Think about your lights.

“I enjoyed spending the day with you,” Ingmar said in her musical Scandinavian accent. “Maybe you’d like to try our book club sometime.”

“It’s at my house next time. I’ll call you.” Ingmar said.

The bus parked again in front of the AWC, and Carol stepped down onto the cobbled street. The women scattered hurriedly in the chill dusk below the glowing streetlights, their laughter and good-byes ringing in the air like twilight blessings.

Chatty Kathy called to her. “Let’s go to lunch tomorrow. Somewhere in the Passages.” She pronounced it puhsahjuz. “I’ll call you.”

And Carol chimed back, “Sure,” like she did it all the time, arranging lunch with friends in a foreign city like a woman pictured in a travel magazine. She repeated “Puhsahjuz,” just for practice.

With her lamp in a sturdy box in her arm, she walked the two blocks home by herself. A renewed thrill about her expat life warmed her and set her heart aglow. Think about your lights, Carol thought. Not bad advice.

She hurried on, eager to look up Disentis on the map of Switzerland and find her copy of Pet Sematary.

Bernie Brown is an Iowa girl who has lived in Raleigh, NC for the last thirty years, except for three years in The Hague, Netherlands, for her husband’s temporary assignment with IBM. When she isn’t writing, she reads, sews, cooks and eats, travels, watches BBC and birds, and plays WordsWithFriends on her iPhone.

She has had over two dozen short stories published, most recently in PennyShorts, Every Writer’s Resource, and Still Crazy. One of her stories has been selected for the 2014 Short Story Winners Anthology of Grateful Steps. You can find her at bablossom.wix.com/bernie-brown-writer .