The £400 Fruitcake and Other Lessons on Fitting In 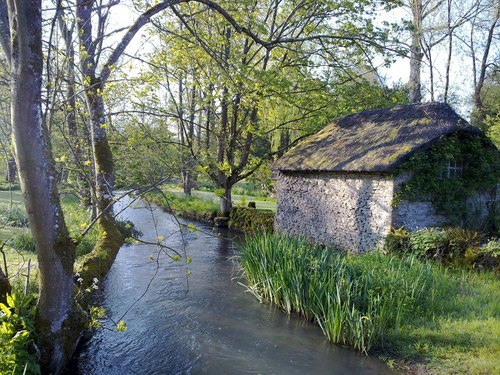 Looking back, I pinpoint the end of my love affair with London to this moment: I was paying for a pint of milk at our dingy local convenience store—optimistically referred to as the corner shop—when, in midflow of taking my money, the shopkeeper vigorously spat on the floor.

For the past two years, I had ruthlessly deployed my American-expat optimism in overlooking this sort of deflating aspect of daily London life. Miniscule, closet-less flats and $20 hamburgers had evaporated from my consciousness in the face of the splendor of a morning commute through Kensington Gardens. But now, I had been undone by expectorate. When my British husband received a modest inheritance that was enough to upsize us in our yet-to-gentrify neighborhood but not to deliver us into the genteel reaches of say, Kensington and Chelsea, there was only one thing to do. We jumped at the chance to buy a weekend getaway, a two-hundred-year-old cottage in the heart of the Cotswolds.

Village life suited me. Here the most mundane routines brimmed with a pleasure that, for me, had been totally lost in the urban existence of London. Before long my husband, D, and I were fantasizing about quitting our corporate London jobs, taking over the village post office, and setting up a tea shop selling tasteful tchotckes. Our seduction had been swift, but I was less sure if the feeling was reciprocated by our new neighbors.

We were, after all, outsiders. And people are suspicious of outsiders in these parts. Residents who’ve been here for twenty years are careful not to call themselves locals, even if they were born in the village three miles down the road. Even worse, we were weekenders, sometimes more sinisterly referred to as “incomers,” a breed reviled throughout the English countryside.

Weekenders drive up property prices so locals can’t afford to buy anything, then only use their luxury barn conversions on the occasional long weekend. When they do show up, it’s in an enormous, gas-guzzling Range Rover known locally as a “Chelsea tractor.” I knew all about weekenders because the British media loves to do stories on them. Hardly a month goes by without a sarcastic editorial in our regional magazine, Cotswold Life, on these hedge-fund men and their Cath Kidston-print-bedecked wives, children, and kitchens. According to a tipsy and possibly dubious source at the pub, even the government was out to get the weekender: Second-homers are contributing to the country’s housing shortage, and legislation or taxation or some equally unpleasant “-tion” was imminent. 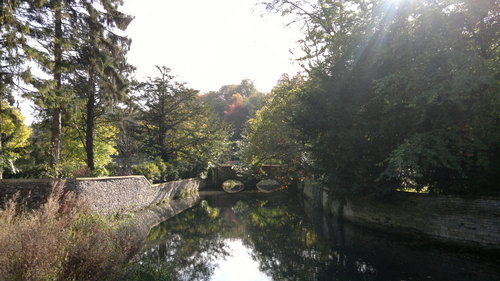 You can understand why D and I were worried. We did, after all, work in London during the week and go to the Cotswolds on, well, weekends. But that’s about where the similarities ended. We didn’t manage hedge funds or work in any other capacity in “the City.” We were devoted to our country cottage and came every weekend without fail. To prove our worthiness, we made sure to attend every fête and charity event, and to be first in line to buy raffle tickets. One of the more notable of these was the Cotswold Hunt Grand Auction.

The reliably informed bartender at the village wine bar, Roddy, had suggested the auction would be “a good place to meet the right sort of people.” I wanted to ask him why it was necessary for a group of generally wealthy people to raise money at auction for their hobby of chasing foxes around the countryside on horseback, but instead I simply nodded in assent. Prior to this, the sum total of my experience at auctions was that summer’s village show, where the highest grossing item was a £13 bottle of homemade “vintage” 1996 dry hawthorn wine. We didn’t know it yet, but our experience bidding on jams and cakes had left us unprepared for this, an introduction of sorts to Cotswold society.

I studied the Hunt Auction’s little green catalog, a supply of which had been left at the wine bar the week before. The donor list read like a rural “Who’s Who,” studded with lords and ladies and the occasional celebrity of the Hugh Fearnley-Whittingstall ilk. Reading through the lots was surprisingly entertaining, not to mention a primer to a whole new rural vocabulary of gallops and jollies and such. 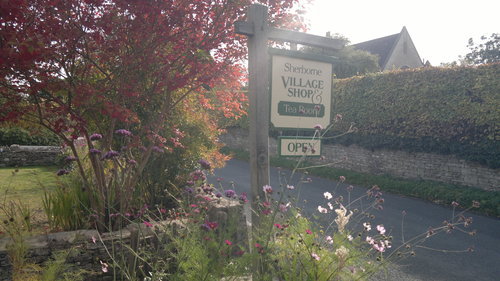 There were one hundred five of them, and every base was covered. In the realm of the practical, one could bid on babysitting, house-sitting, an airport chauffeur, or a week’s dog boarding in kennels, any of which would be a nice complement to the holiday homes on offer in Provence and Switzerland. Those two hundred fifty grams of Oscietra caviar and the case of Château Beychevelle would also come in handy for a continental outing. Other food on offer included a large game pie, “ideal for your point-to-point picnic”; a side of smoked salmon; half a lamb, butchered and jointed; a whole, cooked ham joint; a large fruitcake; and an assortment of local pub dinners. You could spoil your horse with equine sports massage or spoil yourself with a jolly on horses, a morning on the gallops, or a polo lesson with the mysterious sounding Lavinia Black. Then there was my favorite: the opportunity to work for half a day with a taxidermist who kindly offered that a “specimen can be provided.”

Lured by the promise of complimentary preview drinks and canapés, we arrived at the village hall in plenty of time. We admired an old hunting map while perusing the lots, but most were experiences rather than loot and the preview was over quickly. We shuffled about the room a bit, generally looking sheepish, then retired to a wall to critique the Toffs, a breed of the English that are found in abundance in the Cotswolds and presumably who Roddy meant when he said “the right sort of people.” The closest thing to a Toff in America is an old-money, New England WASP. In England Toffs are “old money” too, only it doesn’t matter if their old money is long gone (and in any case, there will probably still be enough for a week in Cornwall in the summer and another in Klosters in the winter). The more defining characteristics are breeding, impeccable manners, a cut-glass accent, and the ability to recognize one another as if “Toff” were tattooed across his or her forehead.

Corduroy trousers are also a dead giveaway for the male Toff, and Gloucestershire’s support of the corduroy industry was on full display that evening. I soon realized that this fabric is the upper-class man’s license to dress in loud colors. Never mind if it’s electric moss green, a shade I previously hadn’t known existed. It’s made of corduroy! What made this more remarkable is that the men in attendance were generally the sort who in America would be wearing khakis, a polo shirt bearing the insignia of a golf club, and loafers. But here in the English countryside they wore trousers in rare-steak pinks and sports-car blues, transforming the bottom half of the room into a garish, wide-waled rainbow.

One gentleman of about fifty stood out in a mélange of clashing yellows: mustard corduroy trousers paired with a canary-colored checked shirt, and a marigold tie speckled with pheasants. I guessed the trousers had not fit him properly for a good ten years by the way they cupped his buttocks. It looked uncomfortable, but he seemed entirely at ease, a master mingler.

The women fell into two sartorial categories: she-man with wool cape, which, according to D, is known as “Jolly Hockey Sticks” in British vernacular, and horse-chic, which includes rabbit-fur vests, tall expensive-looking boots worn over tight jeans, and meticulous haircuts. Both are equally confident and friendly. (I have found there is a refreshing lack of correlation between looks and confidence in England, compared to Los Angeles, where confidence is precisely inverse to your weight and directly proportionate to the ratio of designer clothing in your wardrobe.) 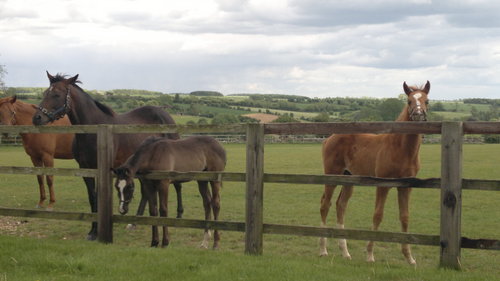 One of the women in the horse-chic category from the organizing committee approached us and made a bit of friendly small talk, asking us if we’d reviewed the lots.

“Oh, yes,” she agreed and confided she was in custody of a number of “at any cost” bids for friends who couldn’t make it. The catalog had mentioned Internet bidding at chunt.com (if only I were making that web address up). I should have taken this as another sign that this wasn’t going to be your average charity auction.

The first lot was dinner for two with a bottle of wine at a pub in the next village. Bidding started at £40, and I went in at £50. In a flash, the gavel came down and I found dinner was mine at £70. Now the auctioneer was asking my name.

“Jenni-furr,” he repeated back. Was he mocking my American accent? “Last name?”

I told him, quietly. “A bit louder please,” his matronly sidekick demanded from her perch on the stage.

This time I nearly shouted, eager for the auctioneer to move on to bidding on a day of trail hunting on the Duke of Beaufort’s Hunt so all those Toff eyes would move off me. The flush of early success had been replaced with self-consciousness. My husband was staring at me in disbelief, as if to distance himself and indicate to everyone in the hall: “My wife may be a stupid idiot who would spend £70 on a pub dinner, but no, not me.”

By the time the lot consisting of the use of a cherry picker for one week came up, we had started to relax into the proceedings. D suggested we bid on it, then park it outside the window of the neighbor who had told him that we couldn’t park our car on the road outside our cottage. Tipsy, we laughed uproariously at our plan. Shortly into the laugh, I thought, we are having a spontaneous moment of pure laughter, and then ruined it by looking around to make sure others in the room, who I hoped may have earlier wondered “who are they?” were seeing us having our moment of pure spontaneous laughter. This way they would know we, the new people in town, were a fun-loving couple having a smashing time at the auction. I paused, then laughed some more to cement the point, which by now had been lost. My attempt to disguise my self-consciousness at being a newcomer had only amplified it.

It was not until lot sixty, “A hunting special large fruit cake,” made by someone named Peggy, that I was finally redeemed. It went for £400 in a feverish round of bidding, at which point D conceded that perhaps my £70 pub dinner was not such a bad deal. We quaffed our red wine and continued to enjoy the spectacle. I wasn’t sure we would ever fit in with the Toffs, but we were rather enjoying watching from the sidelines.

© 2013 by Jennifer Richardson. All rights reserved. Photos by the author.

Jennifer Richardson is the author of Americashire: A Field Guide to a Marriage

, the 2013 Indie Reader Discovery Award winner for travel writing. The book chronicles her decision to give up city life for the bucolic pleasures of the British countryside. Americashire

is out now from She Writes Press.

You also can find Jennifer online at: